From Bharat, to the World 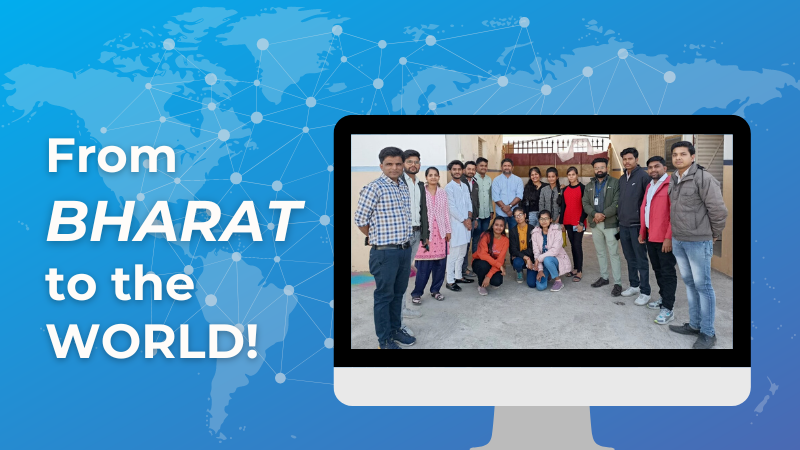 Mousam Jain (20) now gets up every morning with a purpose of getting to office and working on a new software development along with his friends. In the past year, he, and his colleagues from the village of Dalpatpur have worked on integrating Hotel Supplier API on a technology platform using GoLang. This solution is being used by a multi-national travel company to integrate with some of the top hotel suppliers in the world!

How did Mousam and 18 of his friends came about this opportunity? How, from a village of no more than 5000 people, they are able to contribute to the global technology market? How is Bharat connecting with the world? Let’s find out…

The heart of India lies in its villages, in small districts, little towns that no one talks about. But it is these unknown, undiscovered places that can very well be the home to latent talent, in its unexplored resources. What resources? The most powerful one known to mankind, People! India has a burgeoning population of over a billion people with nearly 70% residing in rural or semi-rural areas. People residing in such places should be a huge part of our workforce. But unfortunately, that’s not always the case.

Despite having a strong figure in numbers, such places and people belonging to non-urban locales often find themselves deprived of opportunities that their urban counterparts have.

Their local economy is often left to wilt when the young, educated citizens move out in search of greener pastures.

The idea that the rural population is not educated or as astute, is a myth. Rural India had a literacy rate of 73.5% in 2021. 81% of men 65% women are literate in rural section of India. What they need is an opportunity that would empower them.

How can the playing field for our rural, educated citizens be leveled? How can both men and women who are qualified, have a chance at success and prosperity that their urban compeer have?

Qtech Software answered this question and came up with solutions that would change the social and economic structure of a small village in the heartland of India.

2020 was supposed to be a year of unlimited possibilities, but all of that was erased in a minute when the lockdown was imposed. The covid pandemic was a surreal experience that resulted in a lot of people working from home. On the other hand, many lost their jobs and livelihood. In the midst of this, the idea of getting a job or an opportunity to even job hunt was unthinkable.

This left a good number of young, educated people in a lurch where they found it difficult to fend for themselves despite having the education and the zest needed.

One of the many who returned to their hometown to be with their family during those trying times was Nitin Jain, Assistant Vice President of Projects at Qtech Software. Nitin Jain hails from Dalpatpur, a village in Sagar District, Madhya Pradesh. Once there, he observed that many graduates found it difficult to find a job. These were young, freshers with engineering degrees or degrees in IT. These youngsters would usually have to leave their village to seek out jobs and eke out a livelihood. Their inability to search and seek out job opportunities within the limitations of their location was aggravated by the pandemic.

Nitin could empathize with them and decided to do what he could, to help them. He recognized the talent and zeal to achieve that these freshers had. He pitched the idea of training and possibly employment to the village and Jain community elders. They welcomed the idea enthusiastically. Along with their permission, The Jain temple trust offered their available facility for the endeavor.

Nitin saw great opportunities in this initiative. Once trained, these talented freshers could be a part of our software development projects. This in turn would generate much-needed employment opportunities in Dalpatpur and nearby villages.

Qtech Software saw this as an opportunity to do something for the community while also playing a huge role in contributing to the workforce of India.

Qtech covered the training expense. But walls and people alone do not constitute an office or a development center. The Qtech Software team in Mumbai worked in full tandem with the team back in Madhya Pradesh. The logistical necessities like computers, desks, and other equipment were shipped to Dalpatpur from Mumbai.

After Nitin received approval from Qtech Software, he evaluated and selected aspiring candidates from his native villages and nearby villages. Those interested in learning and making a living in the software technology space could attend. This included tech and non-tech graduates, both men and women.

The goal was to make them capable of working on various projects. Based on the final evaluation after the training period, the first batch of 8 prospects were selected and hired by Qtech Software as full-time employees.

This was a community effort during one of the darkest periods in world history. Despite a raging pandemic, people from two different states, and different walks of life came together for a brighter future of the next generation.

Various channels of advertising were used to make the idea a reality within six months of its conception. Nitin met with prospects and their families to explain the concept in detail and convinced them to let these young people have a chance at learning and earning.

The students themselves were quite eager to learn and the number of students who have since registered, trained, and been onboarded is a testament to this.

The biggest challenge was, providing the facility with everything it needed to be functional and effective. But with local support, all these challenges were met head-on.

Assembling the infrastructure, including computers, projectors, furniture, fixtures, etc., was another area where coordination proved crucial.

Qtech Software team in Mumbai and the teams working in Dalpatpur were able to set up an operational facility where we have teams that work on major projects.

The cost of operating there is very low at the moment. Villagers and community members highly appreciated Qtech’s efforts to provide such opportunities for young, employable aspirants.

Sagar District has the oldest and largest university in Madhya Pradesh. There are more than ten colleges in the district, including engineering, medical, and other streams. Which means that there is no dearth of potential talent. There is also a considerable skill shortage in the IT sector in India.

The skill demand-supply gap is going to increase as the world becomes increasingly digital. The easiest way to bridge these gaps is by training aspirants and providing them with employment.

The digital India that we are so ardent about creating can only become a reality when we utilize the workforce from our rural areas.

The impact this initiative has on the overall social and economic structure of a village is visible.

Most job seekers who hail from small towns or villages must leave their homes and hometown to seek opportunities. But when we provided employment in a small village, these talented, spirited young men and women were able to stay in their hometowns and have jobs and earn well.

One of the biggest issues in the workforce is gender disparity. More men are employed than women. It is difficult for educated women from towns and villages to get a job. Especially if it involves leaving their homes and towns. But with Qtech’s initiative, men & women from Dalpatpur and nearby towns and villages are now employed and are earning members of their families. It gave them a chance to carve their identity.

This has made a huge impact on their life and society. Many women who were educated and qualified but couldn’t work post-marriage now had a chance at a career and income. This is the empowerment that women truly need.

The first batch of Qtech’s ‘Remote Development Center Program’ was a resounding success. But success isn’t just measured in terms of the people we were able to hire, it’s the impact this idea created. After the first batch, we had second and third batches that resulted in Qtech hiring more people.

In total, we have not just provided employment but also trained a good number of young men and women.

The next batch is currently being trained on some of the best and latest technologies. Once they clear the evaluation, they will be employed by Qtech software.

The team of Dalpatpur currently works on multiple projects with organizations all over the world. Its Working with Qtech software has given them a chance to work with prestigious international clients. This not only broadens their horizon but adds to their experience as well. All of this has been made possible without them leaving the comfort of their hometowns.

The first two batches of trainees were mostly from Dalpatpur. But now the word of mouth has spread and with the awareness we have generated, more applicants have shown interest. The latest batch consists of prospects from the villages and towns near Dalpatpur. The people in and around this village are happy to join in or send their children to our remote center program.

The economy of a village or town will always depend on how prosperous its inhabitants are. When citizens migrate to bigger towns and cities; it dims the chances of economic growth. But to strengthen the grassroots, the villages of India, we need a working population that will stay in the village, be an earning member, and bolster the local economy.

With this initiative, our newly added employees from Dalapatpur are now the working population. These young people would have otherwise migrated to bigger cities.

Currently, we have 18 people from Dalpatpur trained and working in Qtech’s subsidiaries. Our aim is to create a skilled workforce in software technologies in this area as there are many highly qualified candidates looking for professional development and employment opportunities.

Our goal is to expand this model. Through our skill development programs in the years to come, we are confident that we can encourage technology talent in this small village and surrounding villages.

Our future skills and vocational training institute aims to train thousands of such aspirants through skill development programs. Through our remote development center programs, we strive to create more employment opportunities. 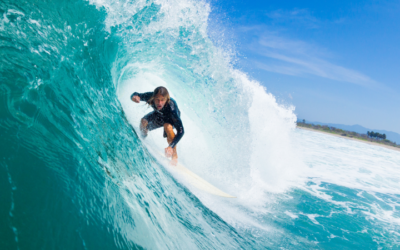 Paving the Way for Bigger, Better and Braver Ideas 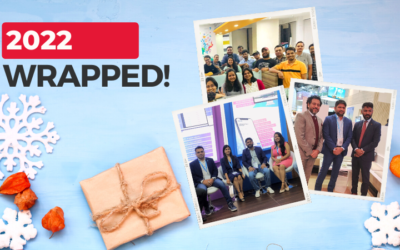 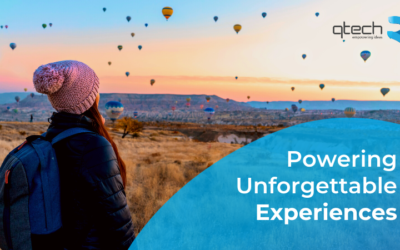 Read more
Lets Stay in Touch!
Join the Qtech Newsltter and stay updated.
One communication per week. No Spam. Unsubscribe any time!